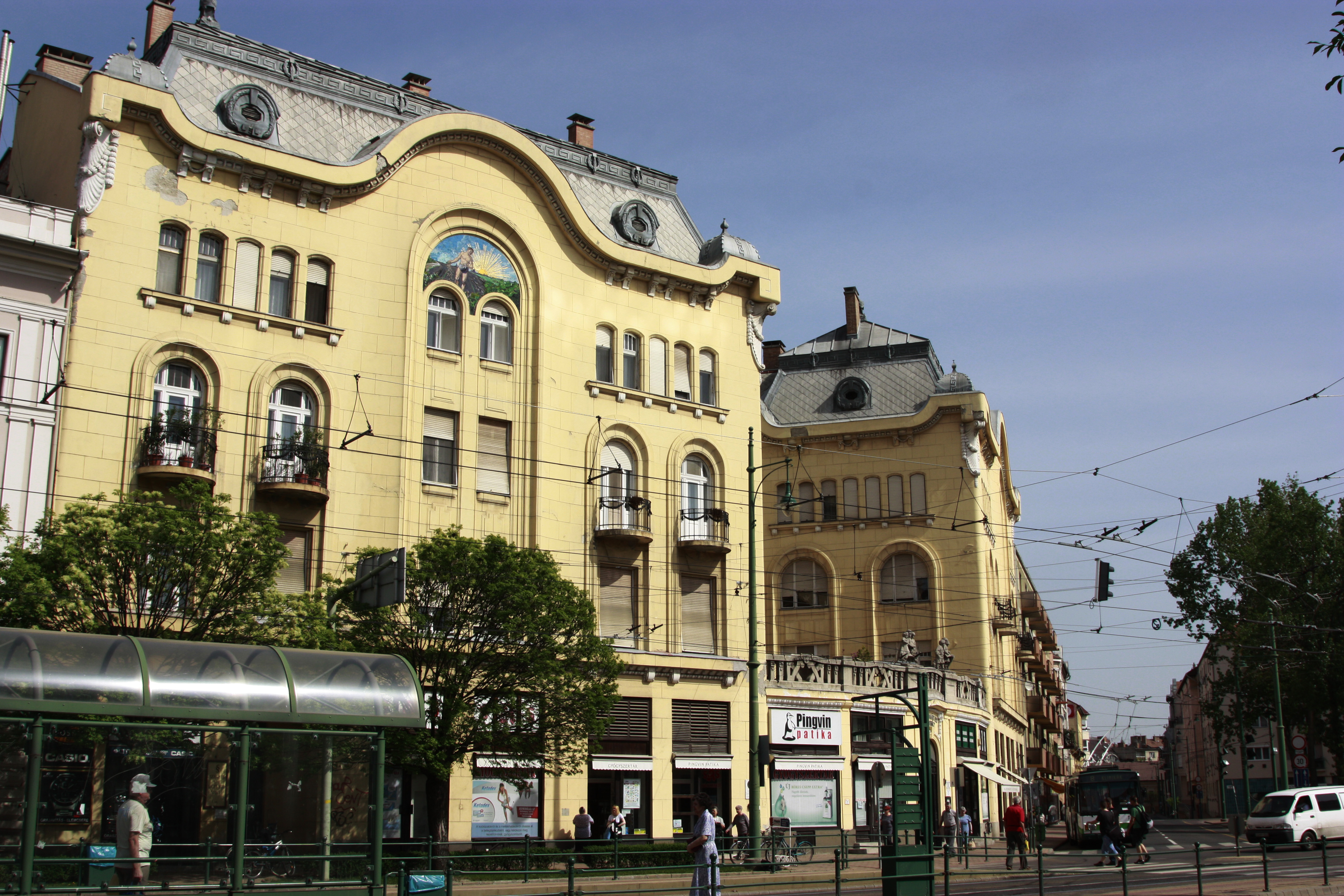 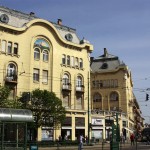 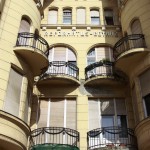 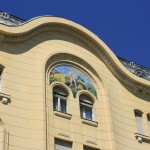 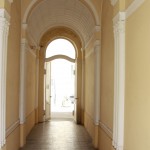 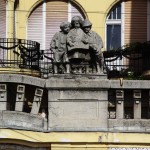 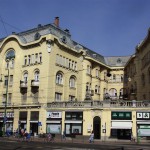 The palace attracts our attention mainly owing to its position in the cityscape and of course, to its spectacular facade as well as to its unusual siting. It was built on a pentagonal estate, the wings embrace a closed space in the middle. The courtyard is open, thus entering here in a favourable sun position, we can take delight in the fascinating light-shadow play of the balconies of the curved facade and in the elegance of the masterly executed wrought iron rails. The three-sectional iron gate with its splendid stylization, inspired by religious symbolism, deserves our attention as well. The Baroque like heavy forms of the roof crown the building, the curves stretching across the floors, the wide upper floor string course, the cornice with its capricious lines as well as the varied shapes of the windows and balconies proportionately divide the street front. The characteristic stylistic marks of the Art Nouveau lie in the formation of the stucco ornaments, the patterns and primarily in the two mosaics of the facade, one portraying the mystery of ploughing and sowing and the other depicting harvest. Despite the animation and the abundance of ornaments, the puritan character of the Reformed Church is reflected on the whole building.

Its function has not changed: it has been a building of church administration and apartments. The Szeged Reformed Church parish has its seat in it. Until 1953, it was a school. Today, it accommodates the Department of Theological Teacher’s Training of the Debrecen Reformed Theological University.

Downstairs, there are shops, and flats for rent upstairs.

The building was nationalized in 1953, however, the church organizations were allowed to stay in the building.