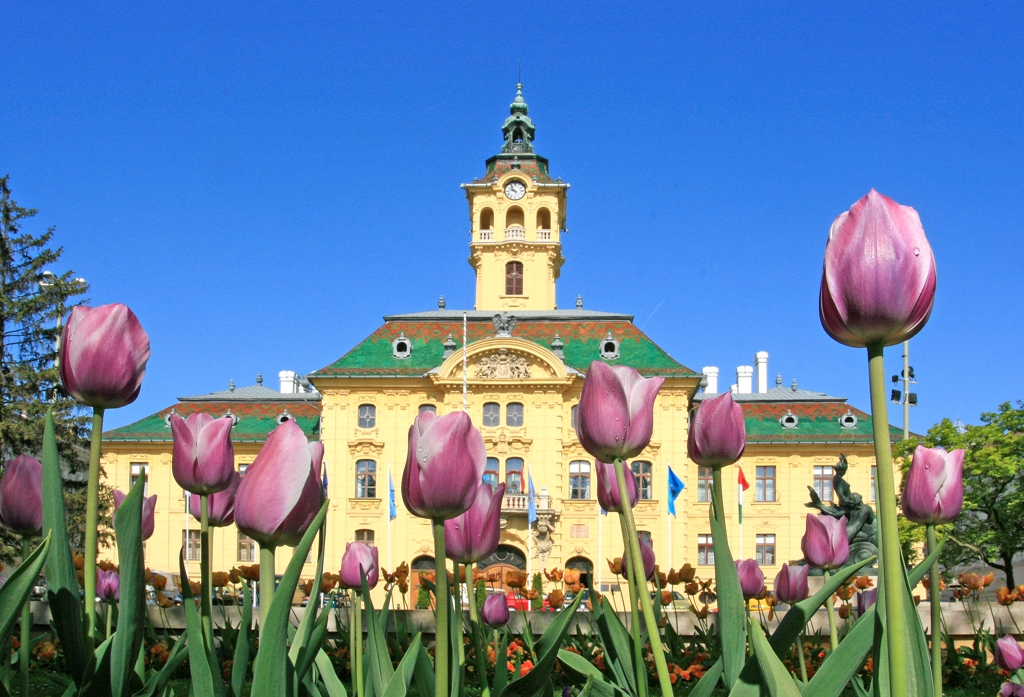 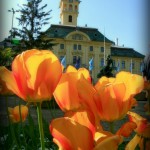 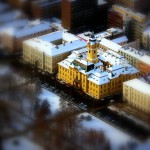 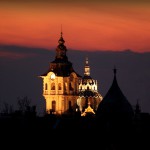 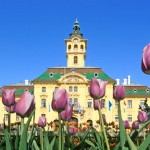 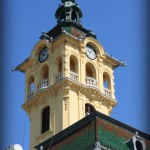 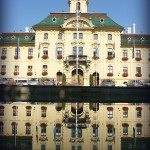 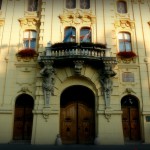 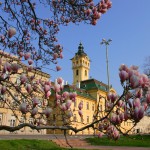 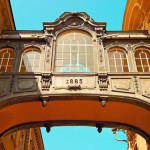 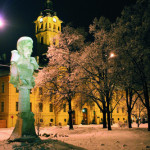 The present City Hall is the third building in the same place with the same function. The first building of a modest design was raised in 1728. It was followed by the second one with the same area as the present hall, designed by István Vedres at the turn of the 18th and 19th centuries. After the flood devastating almost the entire city (1879), the square was filled up, so the building became too low and awkward. Ödön Lechner and Gyula Pártos designed another floor and a slender central spire on the original foundation. The neo-baroque City Hall was inaugurated by Emperor Franz Joseph in 1883, the middle window of the staircase is decorated with his renowned saying: ‘Szeged will be more beautiful than it used to be’. The phoenix in the middle of the pediment symbolizes the revival of Szeged. The Bridge of Sighs, originally built for the Emperor and his escort visiting the reconstructed city, deserves attention, as well. In the court with a unique atmosphere prose and music performances await the audience each summer.