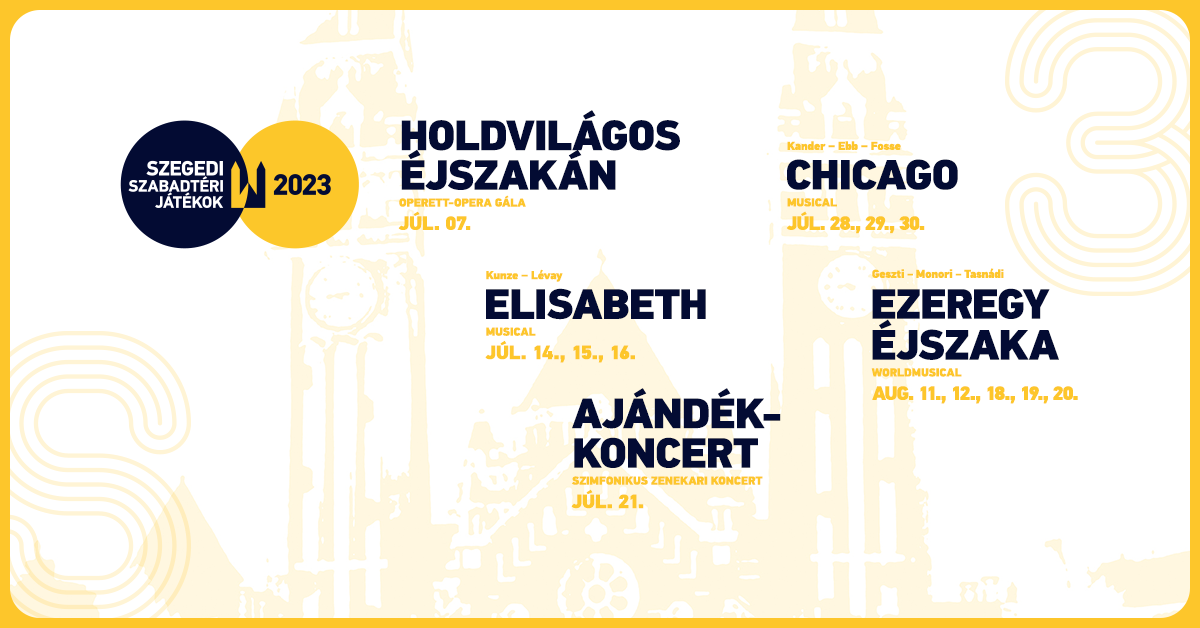 In 2023, the largest open-air theatre in the country awaits visitors with spectacular musical productions. After 27 years, the highly successful Elisabeth musical returns, under the title Moonlight, music lovers can hear domestic and international operetta and opera arias, a worldmusical premiere entitled A Thousand Nights will also be staged, and in addition to the unmissable Gift Concert, last year’s hit musical Chicago will also be played.

The Újszeged Open-Air Stage is becoming an increasingly popular venue every year, where next year the organizers will bring real musical treats, such as Al Di Meola, Palya Bea or Kispál and Lovasi.

If you don’t want to miss out, buy your tickets for the 2023 Szeged Open-Air Festival performances now!

On a moonlit night

guest play of the József Katona National Theater of Kecskemét

own production of the Szeged Open-Air Festival

Demjén – I still owe you this

“Turn up the music!”

A joint evening of Attila Dolhai, Marika Oszvald, Mónika Fischl and the soloists of the 100-member Gypsy Orchestra

Tickets for the Szeged Open-Air Theatre can be purchased between 3 of January and 3 of March, 2023 at the ticket office of the National Theater of Szeged, Stefánia 6, Szeged.