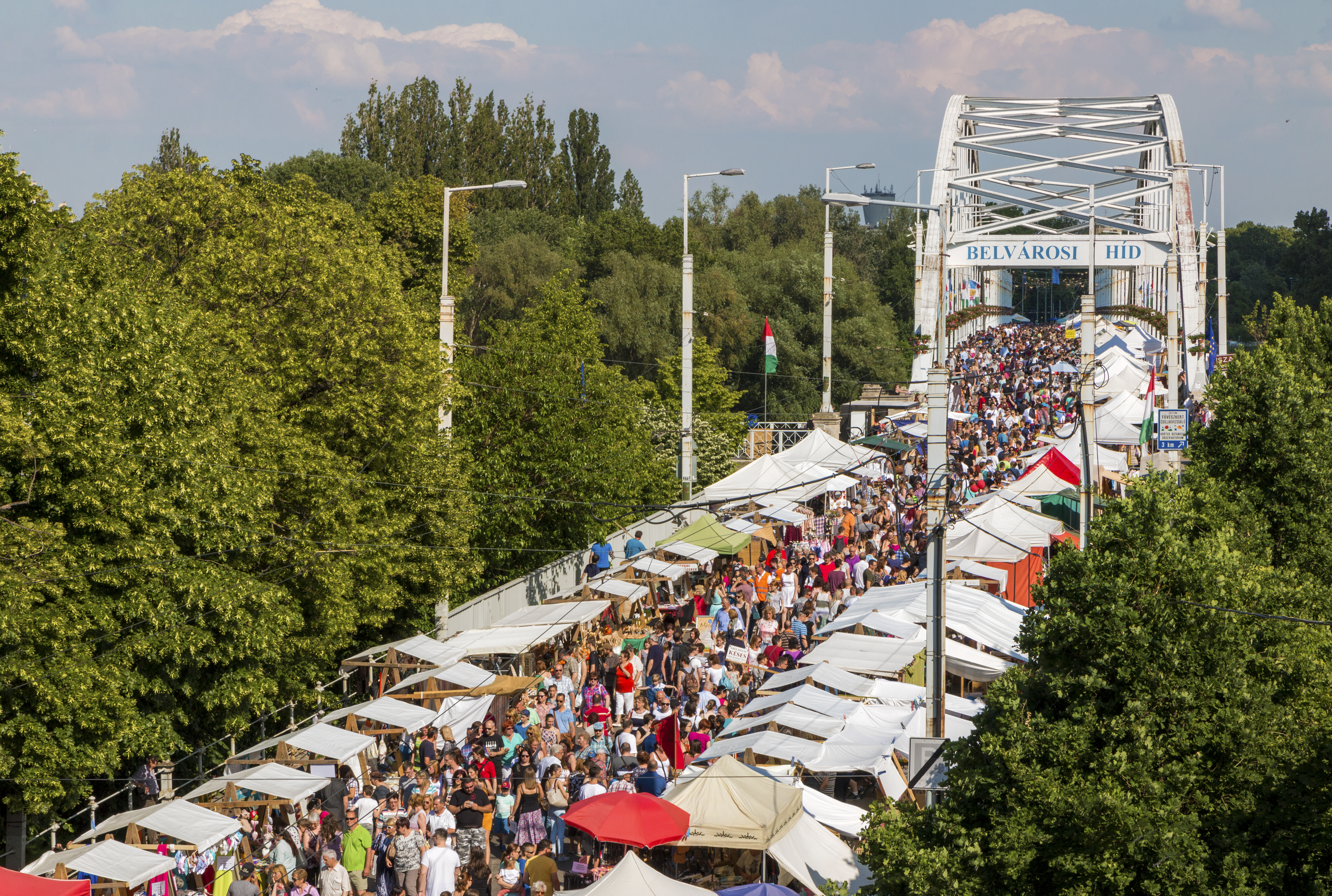 Szeged, the City of Festivals 2020

The festival season in the heart of Szeged, in Széchenyi tér, starts at the second weekend of March. The Pork and Pálinka Festival brings real country life feeling into the city center, where besides delicious pork dishes, slaughterer man competition, cabbage cooking competition, performances by famous Hungarian artists and several other contests await visitors from 12 to 15 March.

One of the most popular events of the year is the Szeged Wine Festival and the Day of Szeged programs, which await wine enthusiasts in Széchenyi tér from 15 to 24 May. The event is inseparable from great wines, unforgettable experiences, unique atmosphere, friendly conversations, entertaining concerts, easy-going entertainment, culinary specialties, the outstanding products of craft industry and the friendliest festival audience of the world, in Szeged, the city of sunshine, wine experts and wonderful girls!

We switch on the time machine between 4 and 6 June and find ourselves in the ‘90s in Újszeged Partfürdő, at the Déjà vu Festival.

The International Beer Festival, the festival of Hungarian and foreign craft breweries and beer specialties is organized from 17 to 19 July in Dugonics tér. The 3-day event offers a great opportunity to taste such beer specialties that are rarely available in shops or restaurants.

At the end of August, for 4 days, the Partfürdő and the city are full of festival people. In 2020 SZIN, Szeged Youth Festival lasts from 26 to 29 August and it celebrates its 51th anniversary. It features outstanding Hungarian and foreign artists on several stages.

At the end of the summer, the International Tisza Fish Festival, a great celebration of the Szeged fish soup, is organized from 4 September to 6 September. Due to its consistent growth, not only the downtown but also Partfürdő, at the other bank of the river is full of cooks armed with wooden spoons and cauldrons to compete for one of the prizes of the Fish Cook Award founded by Sándor Frank, Venesz Prize winner master chef. It is a real community picnic, a competition among cooks that offers interesting and meaningful entertainment for visitors as well. In front of the Móra Ferenc Museum, on the water bastion, the best Szeged style fish soup is cooked in the giant cauldron. Its most important ingredient, the ground paprika is carried by a witch who arrives by parachute, while the onion comes from Makó, through the River Maros, by raft.

The Wine Square is organized for the seventh time at Dóm Square from 16 to 20 September where the best wine makers of the country offer their products. Visit the festival, taste the variety of wines and of the culinary specialties. The most excellent wines deserve the most excellent music, that is why Wine Square also offers concerts of high quality for wine enthusiasts.

The Szeged Air Show is held from 11 to 13 September at Szeged Airport, where the long weekend is about flights, aircrafts and aviators.

Between 27 November and 24 December, Szeged takes on its festive lights and holds the Christmas Festive Weeks. The downtown, Széchenyi tér, Dugonics tér and Dóm tér are filled with artisan stalls, roasted chestnut, mulled wine and Christmas snacks, so that the citizens can prepare together for the Christmas holiday. Another attraction is Rudolph, the twinkling reindeer in Dugonics tér.