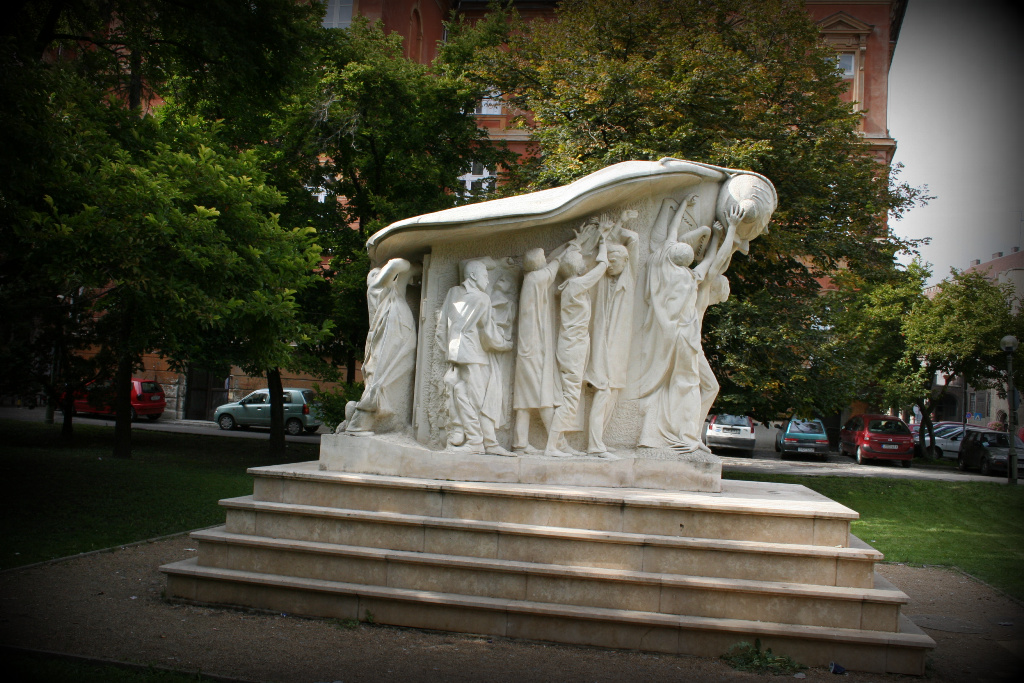 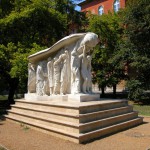 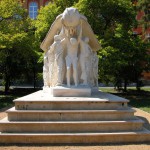 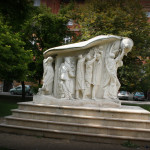 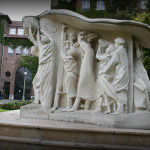 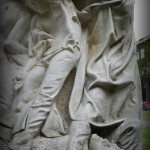 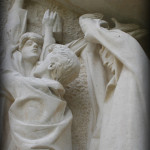 The square was named after the designer of the building complex in Dóm Square, the first remarkable figure in Hungarian landscape architecture, who created the gardens of the bishop’s palace and the university in a modern spirit relying on tradition. His ageless genius is also proved by the fact that in an online poll of 2007 the area around the Votive Church was voted the second most well-known wonder of architecture in Hungary. On the sides of the walk leading to the univerity lecture halls, there are two unique statues. The original gothic statue representing Saint George Killing the Dragon by the Kolozsvári brothers is in Prague, the one standing here is a 20th century copy of the work made in 1373. On the opposite side there is a marble statue representing young men raising the dead butterfly of liberty high, commemorating the participants of the revolution of 1956.