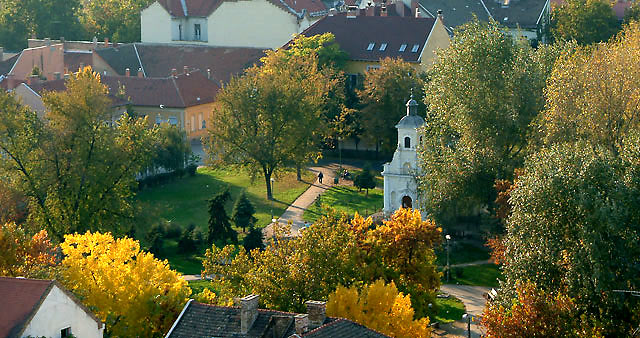 It is a spacious, grassy square among low buildings, with the Saint Rosalie Greek Catholic chapel in the middle, which is a witness of Szeged’s history and it was moved and rebuilt several times. The original chapel was built in the part of the city called Palánk after the plague was over. At the reconstruction of Dóm tér, the chapel was cut in pieces, numbered and transported to this square and built again. It was consecrated on 17 November 1929 by Gyula Glattfelder, the bishop of Diocese of Csanád. A memorial stone preserves the name of the architect Lajos Lechner, and the square is named after him. He was the leading architect of the reconstruction of Szeged after the great flood in 1879. Today there is a playground in the square with maple, plane, poplar, pine and silver maple trees.