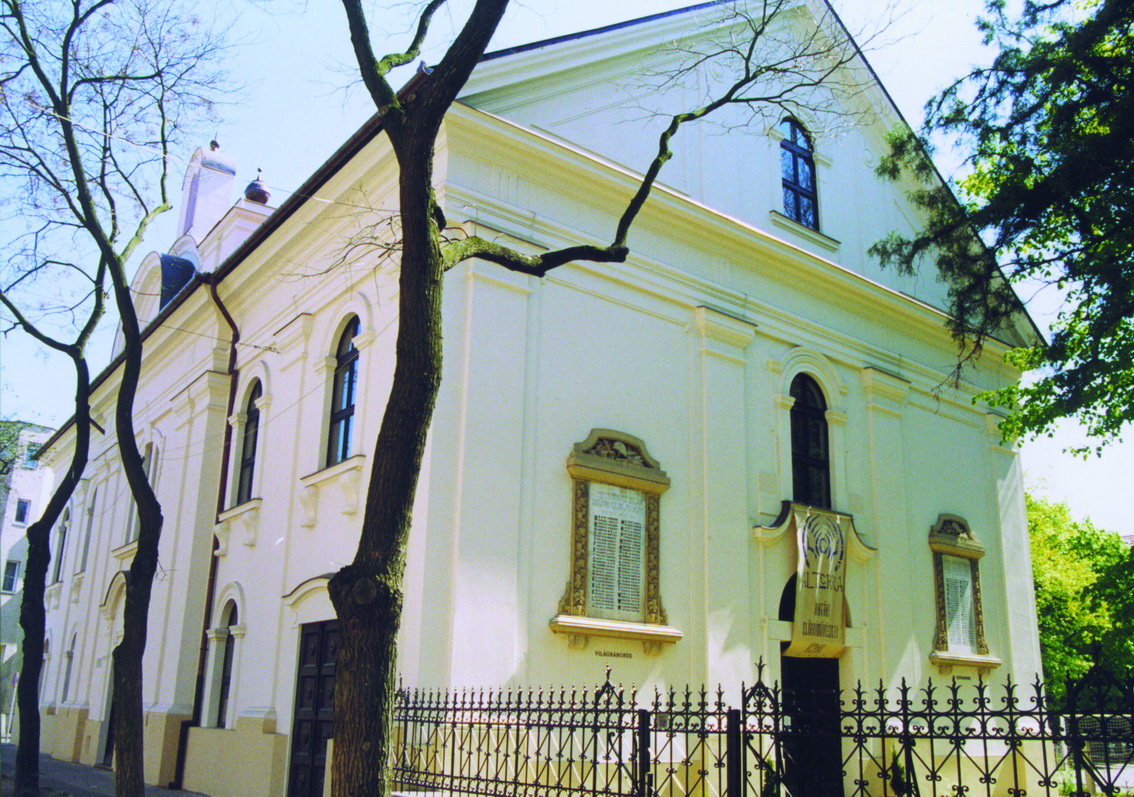 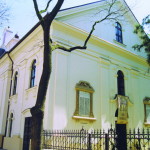 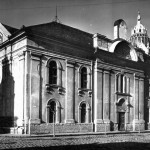 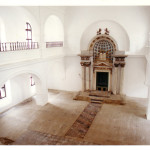 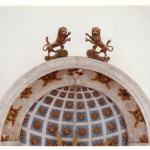 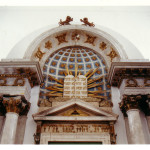 The nicely preserved monument built between 1837 and 843 was created by the Lipovszky brothers, Henrik and József. The well-proportioned synagogue is the most beautiful classical style monument in Szeged. Beside its entrance are marble plaques with Hungarian and Hebrew inscriptions that show the water level at the time of the Great Flood of 1879. The position of the plaques not high above the pavement can be misleading, as during the reconstruction of the city the original level of the square was raised by a two-meter layer of soil. On the side of the synagogue the memorial tablet from 1924 commemorates the Jewish soldiers who fell in World War II. The Hebrew-language poems were written by Chief Rabbi Immanuel Löw. The building of the synagogue no longer serves any religious purpose. It is a venue for theatrical performances on occasions such as the THEALTER festival in summer.