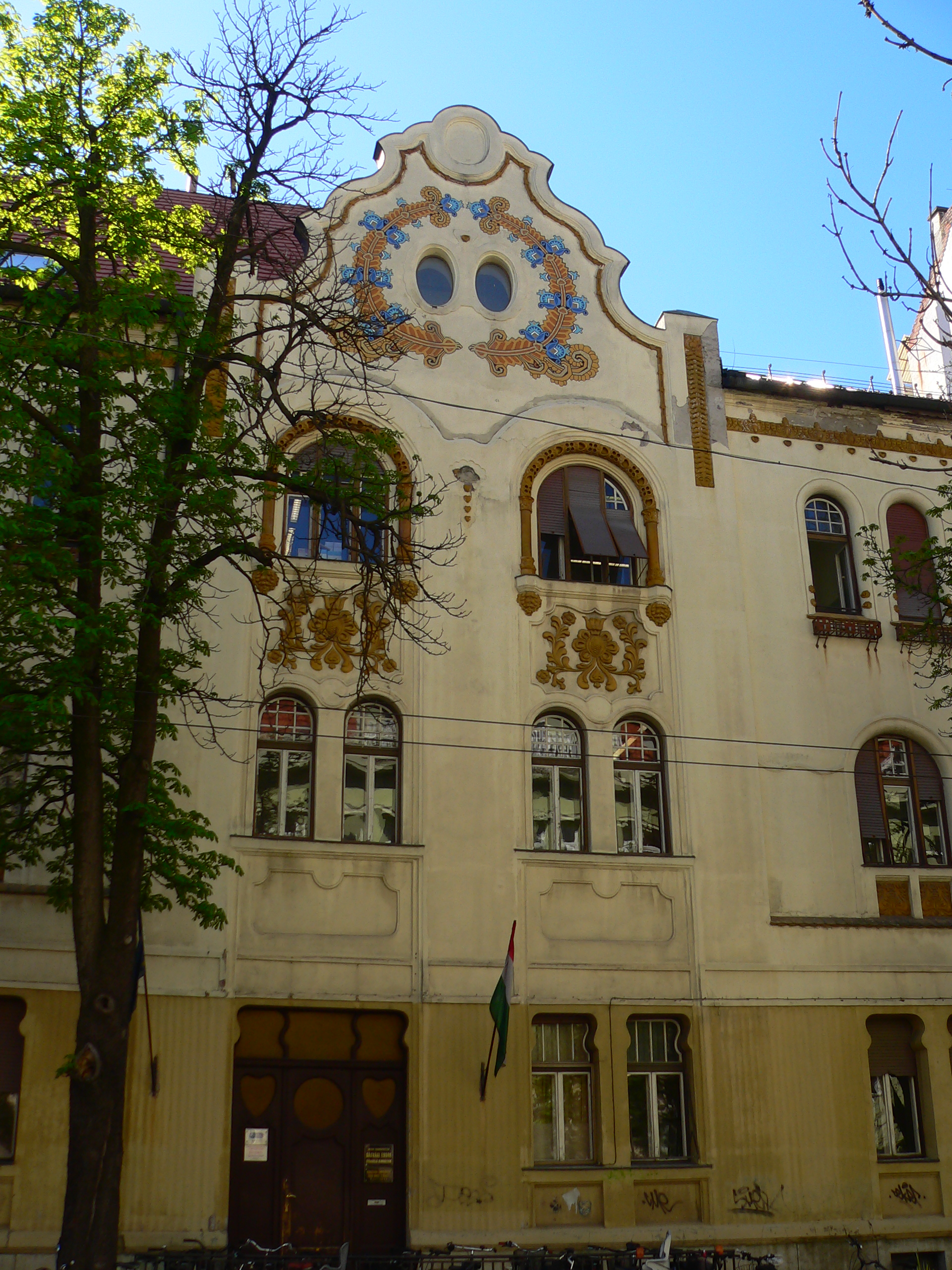 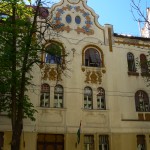 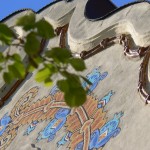 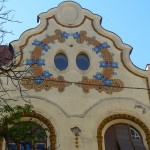 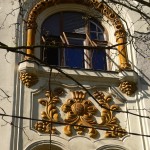 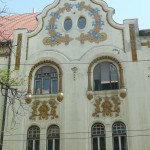 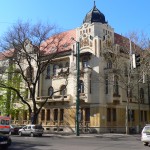 The architect’s palace in Szeged is larger and more imposingly executed, yet it is more modest in comparison with its counterpart in Subotica, failing to reach its outstanding unity of style and the elaboration of its details. Despite of this, it is a dominant and commanding looking building. At its construction, it rose above its environment, the trees did not cover its facade either, and from its current spectacle, the large wooden portals of the later closed down shops are missing. Its corner front offers the richest spectacle. The bay windows robustly formed and decorated with majolica ornaments expressively project out of the plane of the wall. Above them, we can find open balconies supported by knee-timbers and covered by wooden projecting roofs inspired by the Transylvanian architecture. Then come the Hungarian ochre ceramic ornaments, embellishing the pediments forming a corner turret. Added to the roof, a bastion like corner turret rises high. On the lateral facades, the spectacle is dominated by the folkish mosaic adornments shining in blue and gold in the pediments. Their variants are embodied in the embossed ceramic decorations shaping ornamental foliage or flowers which either frame windows or just fill in the smaller fields between the variably shaped windows. The smaller details – the lace like wrought iron balustrades, the plant holders on the window sills, and the wooden part on the projecting roofs of the balconies – also deserve our attention.

The architect designed and built it to be a private apartment building. Originally, its ground floor gave space for shops with vast portals, whose former appearance now is only represented by the entrance of the building.

Between 1911 and 1921, the Apollo Movie Theatre operated here. After the Second World War, it functioned as a dormitory; then from the 1970s on, it has accommodated the Ságvári Endre High School of the University of Szeged, and since 1986, it is the main building of the institution. In the building having been transformed into a school, some parts of the wrought iron balustrade of the staircase have been replaced; in the place of the shops on the ground floor, there are school rooms now. The attic spaces were converted into school rooms, and the chimneys were pulled down as well.