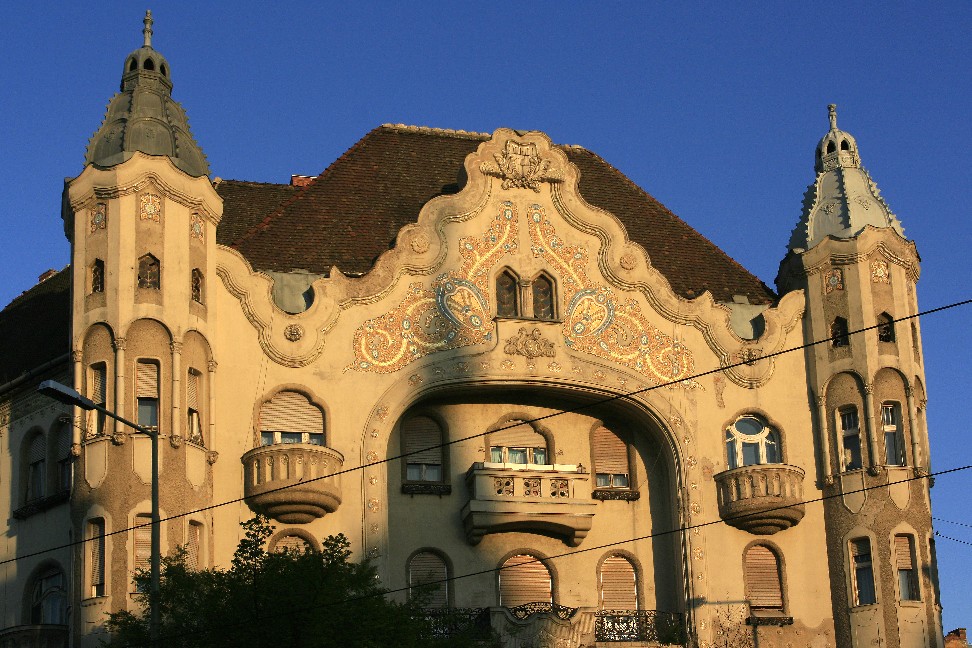 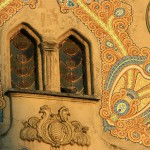 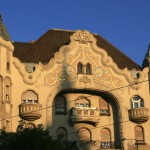 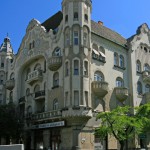 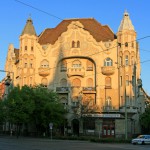 The palace is a determinant building on Tisza Lajos Boulevard being the biggest protected monument built in secession style in Szeged. It was erected between 1912 and 1913 being designed by Jenő Raichl. It was named after Árpád Márton Gróf, an attorney general of the town. There was risen a building with impressive volume on a triangular site being bordered by three streets. Its surface is quite varied being distributed in frontispieces, balconies and niches. The corner balconies embracing the stories are specially designed. We can see motifs from Hungarian folk art and ceramic wall ornaments beside the blue, yellow and golden decoration on the facade evoking the atmosphere of the East. Wrought iron used and liked so much by Secession style appears on this decorative palace in rails on the windows, flower stands and banisters.