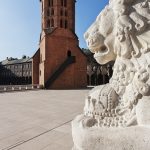 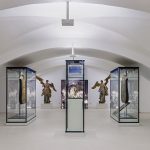 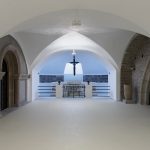 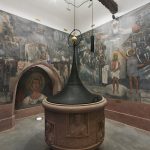 After the Great Flood (1879) destroying the city, the people of Szeged made an oath to build a majestic catholic church. Following a long period of planning and several debates it wasn’t until 1913 that the construction started. Being too costly, the original plans of Frigyes Schulek were modified by Ernő Foerk. The Cathedral, which is the fourth biggest church in the country, was sanctified on 24 October 1930. Its architecture is characterised by the mixture of Roman, gothic and eastern Byzantine style elements. Its interior features curiosities like the organ with 9,040 pipes, the image of Madonna dressed in shepherds felt cloak and Szeged slippers, as well as the statue “Christ on the Cross” by János Fadrusz, who won the main prize at Paris World’s Fair in 1900. The Cathedral has been broadened with new community spaces since 2016. Among other things, a multifunctional exhibition area received place in the undercroft, and during the redesign of the range of premises below ground level, information desk, pilgrim buffet, art shop and bookshop were formed.