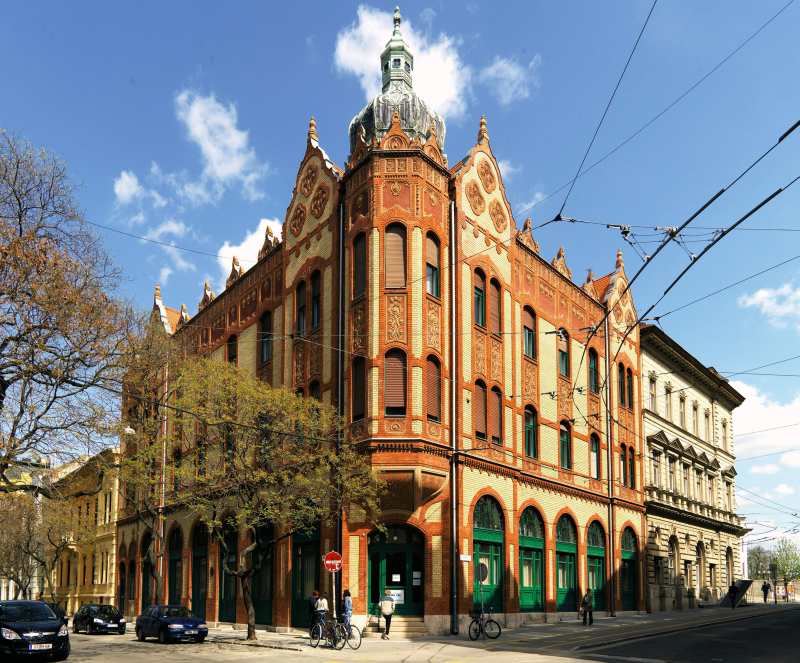 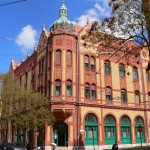 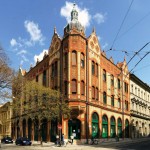 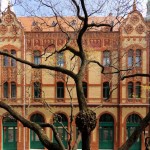 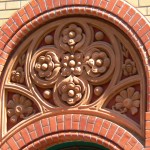 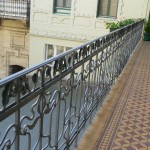 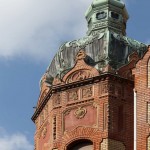 The Beregi House is one of the gems in the splendid row of palaces of the Szeged’s cityscape, which primarily is an extraordinary example of the brick architecture and Art Nouveau architectural school. The building is the inspired artistic achievement of Pál Kótay, who, upon the commission of a Szegedian upper vocational school teacher, created one of the masterpieces of the characteristically Hungarian Art Nouveau. His artistic style is well represented by the building, which in its fine details has preserved the outstanding craftsmanship of the local ironsmiths, tinsmiths, carpenters and brick masons. The facade is dominated by the red colour of bricks, the dun-yellow of the clinker bricks and the dark red of the plastered surfaces. The pyrogranite flower ornaments inspired by folk art motifs harmoniously fit in with them. In forming the sight of the facade, the main role is taken by the richly detailed decorative wall accents and the cordon ornaments formed with fired bricks, rhythmically proportioning the wall surfaces. The higher we go from the street level, the richer and more finely laced the brick ornamentation becomes. Thus the building gives the impression of a monumental jewel box, owing to the splendid mouldings, finials and chiefly to the orientally adorned spire crowning the corner of the building. It is worth scrutinizing the magnificent wrought iron ornaments and the finely contoured sgrafitto at the bottom of the spire. The ground floor rooms of the building show less of their original spectacle, but the staircase, the internal facade and the circular gallery remind us of a truly fin de siècle spirit.