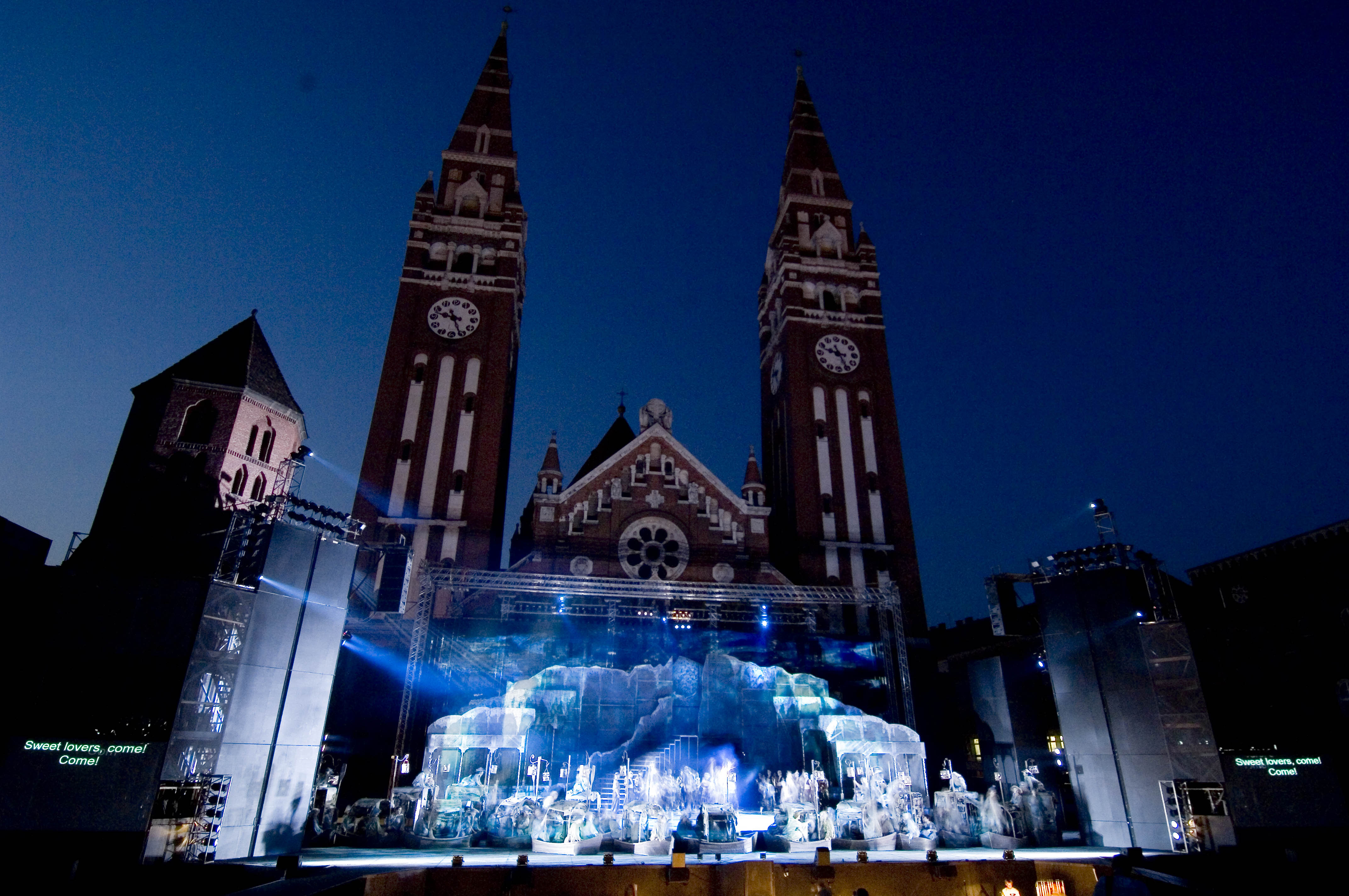 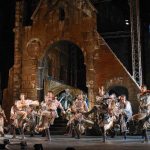 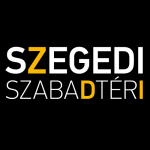 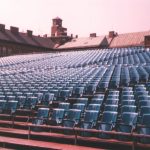 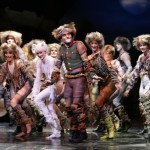 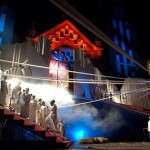 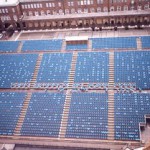 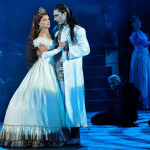 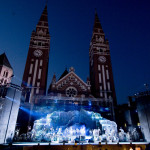 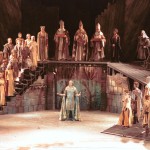 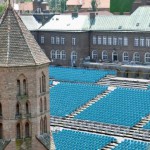 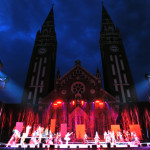 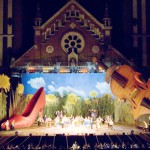 The idea was first proposed in 1926 by Gyula Juhász, a poet then living in Szeged. A number of renowned representatives of cultural and political life adopted the idea. The series of celebration programmes connected to the consecration of the Votive Church provided an opportunity to conduct a “public rehearsal” in the autumn of 1930. The superb acoustics of the church square surrounded by arcade appeared an excellent location for staging open air theatrical performances. The first performance – the Hungarian Passio – was presented on June 13, 1931. Since then, the performances of the open-air theatre have been the main success and attraction of each summer in Szeged. The success of the theatre came to an end with the second world war: the square became silent after the summer of 1939 for a period of 20 years.

The success story resumed on July 25, 1959. That night, the tunes László Hunyadi marked the beginning of the second scene of the Szeged Open-Air Festival which has continued ever since then. In 1994, a new auditorium was established for the Festival. The grandstand which had occupied the square throughout the year was replaced by a mobile auditorium for 4,000 spectators that can be removed after the Festival season is over. Sectors of the auditorium have been named after the European capitals that provided help for Szeged during the large flood of the Tisza in 1879 (London, Rome, Paris, Berlin, Brussels, Vienna), and also twin cities of Szeged (Darmstadt, Turku, Parma, Nice, Szabadka, Toledo, Odessa).
During the more than 40 years of its “new era”, more than 3 million spectators have watched the 142 pieces of art performed on a total of 657 occasions.
The 25th anniversary of resuming the Szeged Open-Air Festival, the programme was awarded the “largest open-air theatre of the country” title, which it has preserved to date.