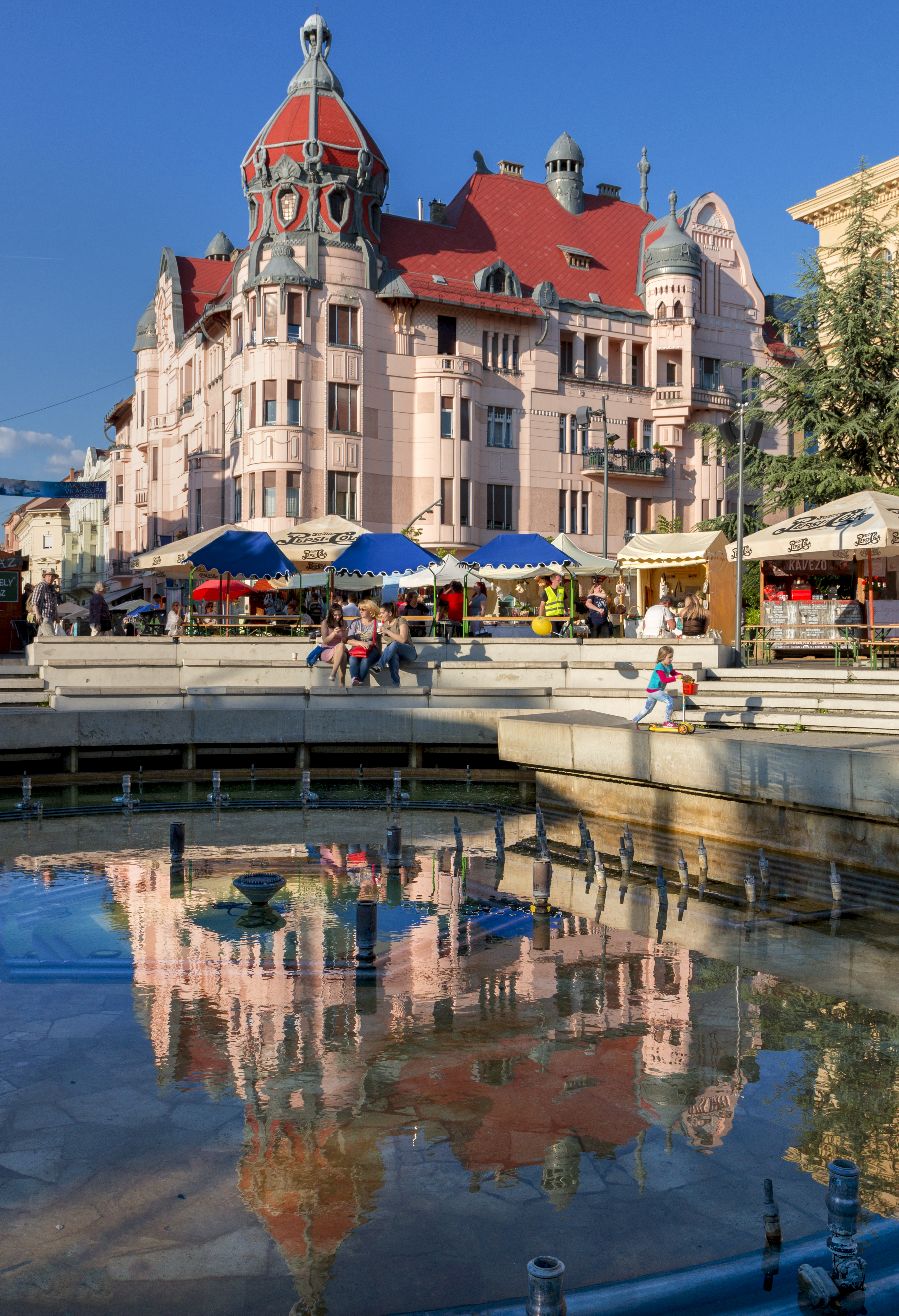 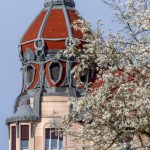 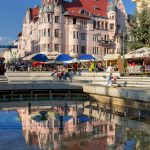 This corner building dominantly shaping the cityscape is a masterpiece of the late Art Nouveau in Szeged. Its capriciously animated facades can be attributed to the architect’s imagination forced to distance himself from Art Nouveau and to the designer’s sober intuition under the pressure to return to Eclecticism. Ede Magyar’s adoration towards Art Nouveau manifests itself in the height of the cornice and the level of roofing. We can see ornamented gables, onion cupola or war hammer shaped turrets, or even an ‘observatory’ happens to be here as well, whereas, beak-heads decorate the roof ridges. These are splendid tinworks of outstanding beauty executed with Art Nouveau taste. In the formation of the brilliant corner cupola, the most dominant element of the building, a true masterpiece unfolds itself. “The vast cupola like corner turret is the most beautiful part of the building, which finishes in a bouquet of flowers and is guarded by the girl figures of the Tábor Street gateway, just like tin sculptures. We can inevitably say that this is calm, gentle, dreamlike and bizarre at the same time”. (Tibor Bakonyi) The Art Nouveau decorating zest coupled with an upper class taste has been preserved in the main staircase of this apartment building and in the temperate elegance of its courtyard galleries. The reinforced concrete structure of the building, which was considered very innovative in the period, is revealed here. Here operated the Korzó Café with its spacious rooms for a long time. The wonderful Art Nouveau ornamental plaster work with peculiar colouring on the ceiling, in one of the rooms shows the atmosphere of the once magnificent interior.

Nowadays, it still functions as an apartment building. In its ground floor stretching to the Dugonics Square, the Corso Café was opened, which during the First World War operated as a restaurant. In the later decades, the space were divided in order to accommodate smaller and bigger stores. In 1941, a public shelter was established in its cellar. After the Second World War, the spacious flats were divided up. The original shop portals have uniformly lost their unique character throughout the years. In 1999, the facades went under renovation.