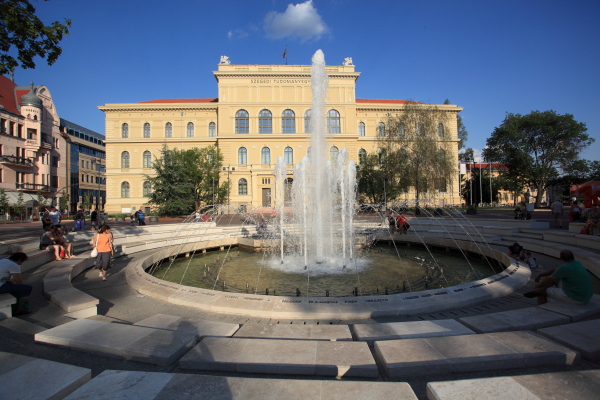 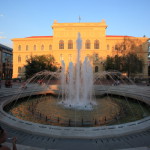 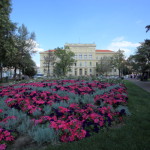 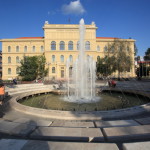 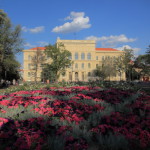 The square was named after the piarist priest and teacher András Dugonics, the writer of the first Hungarian novel (Etelka, 1788). He was a language reformer, creator of numerous terms used in Hungarian mathematical language. His statue, which was erected from public donations, was the first statue in public places in Szeged. The fountain opposite, inaugurated on the occasion of the centenary of the Great Flood in 1979, is a popular meeting point for the people of Szeged. The principal building around the square is the early eclectic palace of the University of Szeged, originally a secondary school. In front of the university we find the statue of Attila József, who was a student here between 1924 and 1925, but he was forced to cease his studies because of a rebellious poem. At the corner of the square and Kárász Street stands the Unger-Mayer House, designed by Ede Magyar. The lead ladies dancing on the dome of the secessionist palace attract your attention from a great distance.