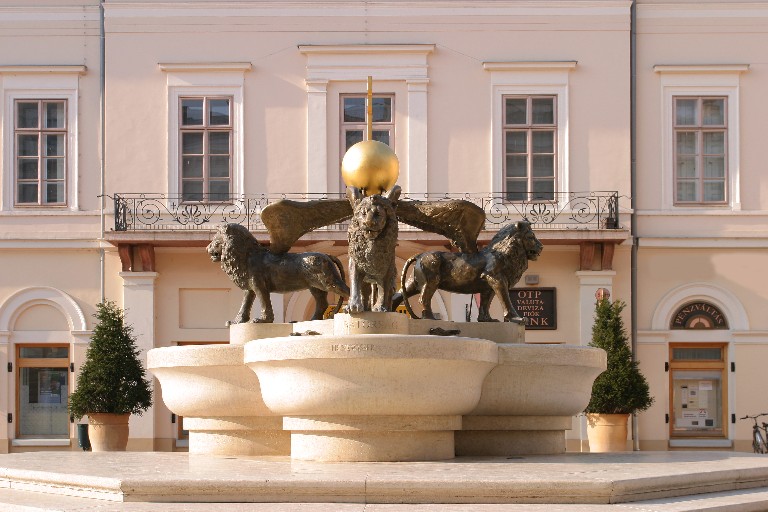 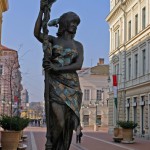 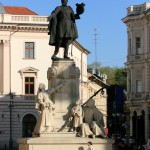 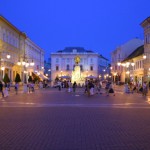 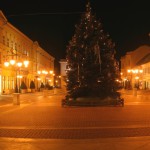 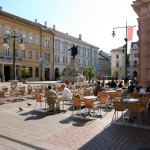 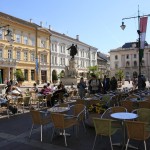 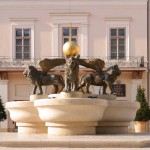 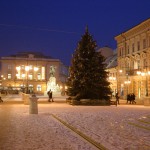 The value preserving reconstruction of Kárász Street and Klauzál Square was granted with the Europe Nostra Award in 2004. The downtown palaces display the features of the different competing styles of the time, classicism, eclecticism and Art Nouveau. Their versatile, distinctive nature still creates a uniquely harmonic, well-balanced picture. While having a coffee, a cake or an ice-cream, we can have a look at the full-sized bronze statue of Lajos Kossuth, who made his last speech in Hungary from the balcony of the Kárász House, located on the
other side of the square. On the eastern side of the square the harmonic building of the former Hotel Europe can be found as well as the New Zsótér House, which was built on the outer piles of the old castle, and where the operations of the reconstruction were directed from.