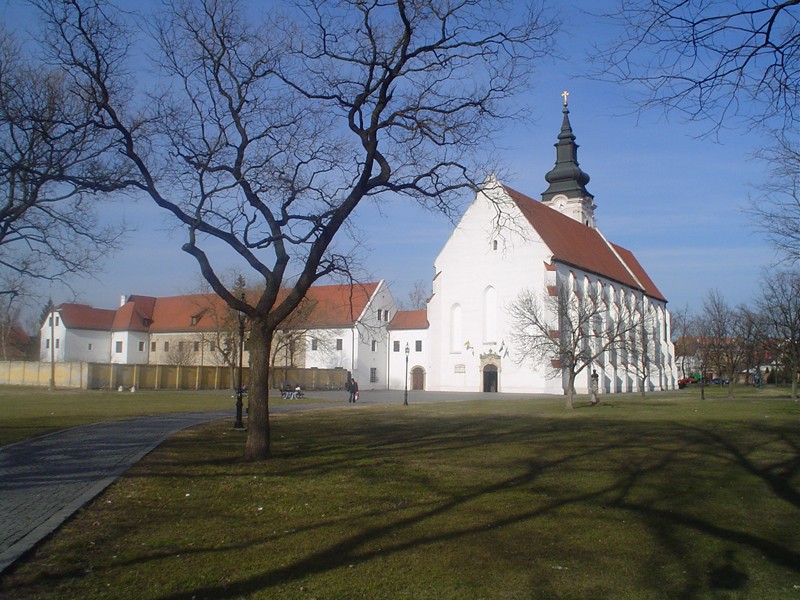 Szeged was one of the favorite towns of King Matthias Corvinus. In 1456 John of Capistrano led his troops from here to Nándorfehérvár (Belgrade), to support Matthias’s father, John Hunyadi in the battle against the Turks. His appearance was a decisive reason for the Turks to retreat. It was in Szeged, where two years later the orders voted for Matthias to become king. One of the oldest and most mysterious buildings of Szeged is in the square, the Church of Our Lady of the Snow in Alsóváros, today called the Franciscan Parish of Alsóváros.

The Franciscan monks arrived in Szeged in the 15th century with the accompaniment of Julian Cesarini. Legend has it that they moved from the castle to the Saint Peter Church, which was so ruined that the moonlight shone through the roof. We do not know if that church really existed or not – says the tour guide, but if there was one, it could have stood in the place of Karolina School at the corner of Szentháromság utca and Szent Ferenc utca. It was not only a church but also a hospital run by the Johannite sisters. The Franciscans started building a new church instead of the ruined one, the Church of Our Lady of the Snow and the monastery. Paprika, at that time called Turkish pepper, widespread from here in Hungary.