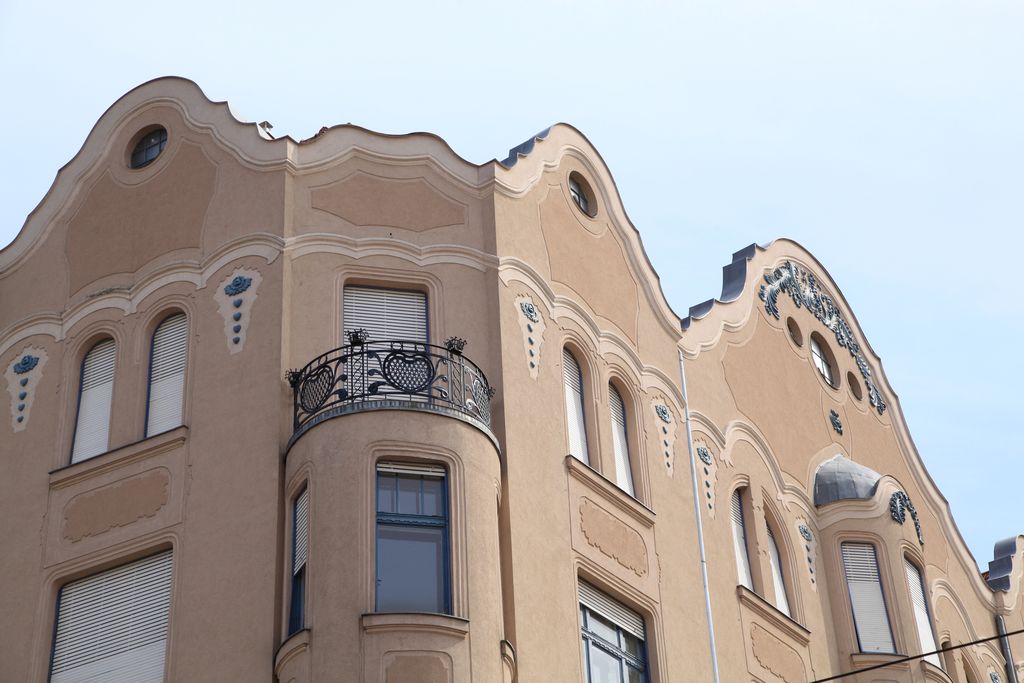 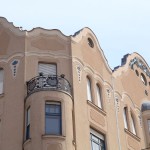 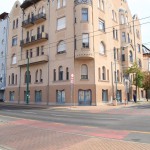 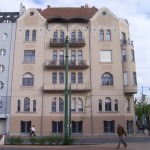 The secessionist style, four-storey historic building stands on the southern side of Saint Steven Square. It was built by Jenő Ferenc Raichle, commissioned by Jószef Móricz, a post official, between 1910 and 1912. The house was planned according to the needs of the contemporary upper middle-class. The facade is ornamented with ceramics evoking shepherds sheepskin coat, the walls inside are decorated with secessionist paintings. In the beginning the building had gas lighting and was heated with tile stoves. With the intention of making it modern, they left room for a lift, too, but it was installed only decades later. After World War II it functioned as a council house, its condition deteriorated over time. The house was restored to its original beauty in 2007. The hundred year old building presents a nice example of the secessionist architecture of Szeged.