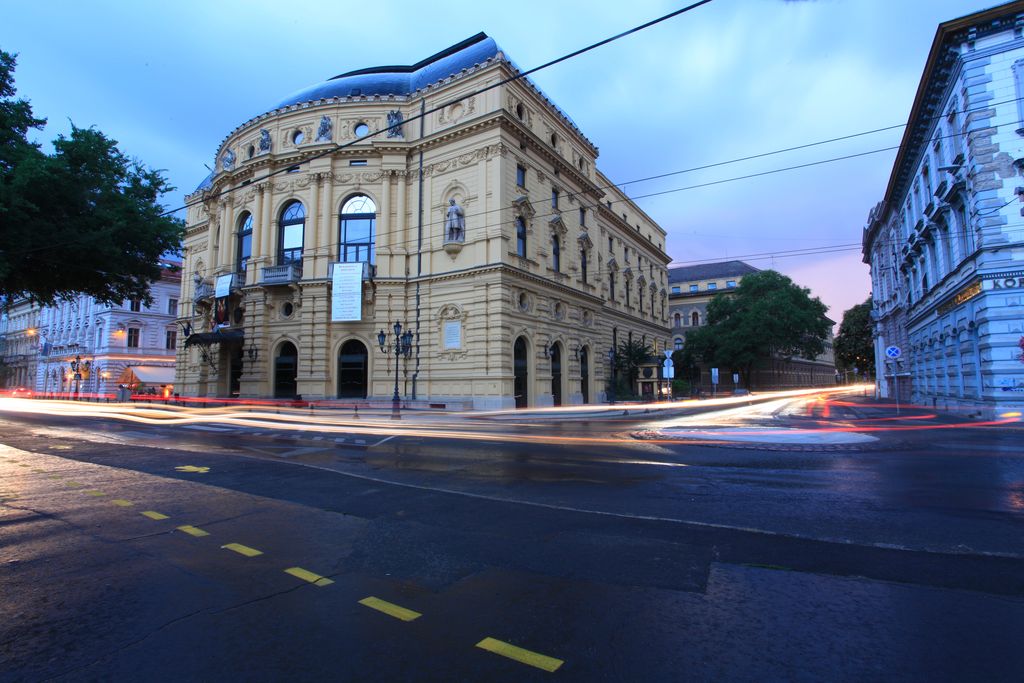 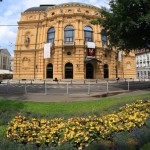 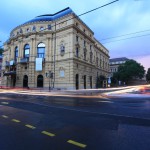 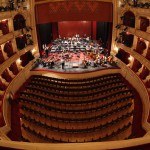 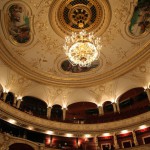 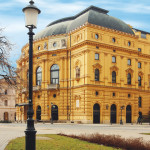 The theatre opened in 1883 is one of the most beautiful eclectic neo-baroque buildings of the city rebuilt from its ruins. Its splendid elegance was given to it by Ferdinand Felner and Hermann Helmer, two theatre architects from Vienna. The semicircular facade is ornamented by the allegoric figures of theatrical art and we can see the statues of József Katona and Ferenc Erkel in the niches on the two sides. The peculiarity of these two artificial stone statues is that they were made by the sculptor Antal Tápai on the spot. The interior presents baroque impetus and ornamentation as well. The frescoes of the ceiling of the theatre housing 680 people were painted by Zsigmond Vajda. The theatre has three sections – opera, dance and drama – the larger building giving place to operas and major plays, while the nearby smaller theatre in Horváth Mihály Street is a home for drama and The Contemporary Ballet of Szeged.

The Grand Theatre and the Chamber Theatre of the Szeged National Theatre will be closed between 1 of January and 15 of February, 2023.

Closed on Sundays and Mondays.