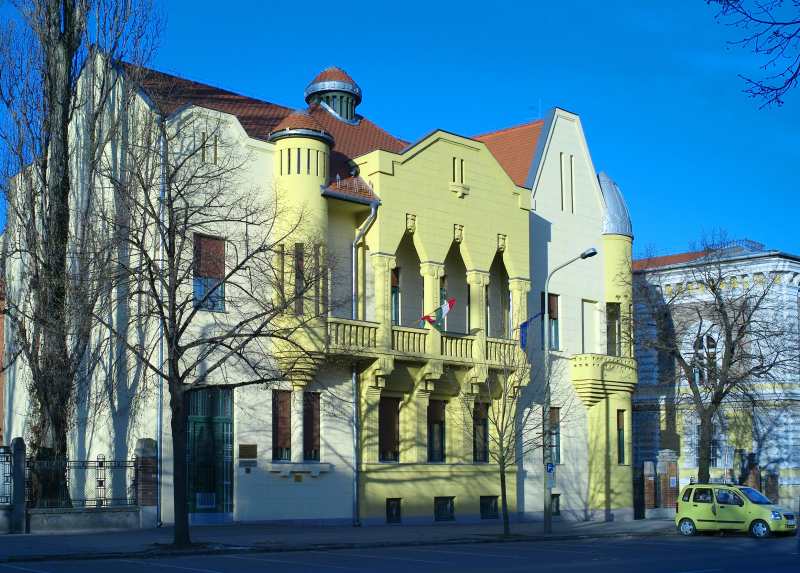 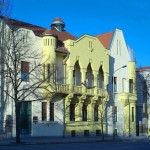 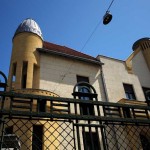 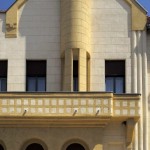 Owing to the playfulness, extravagant animation and asymmetry of the facade, this beautifully renovated building is a unique example of the geometric Art Nouveau. Our look can wander on the fascinating play of the robust forms of the facade as the bay windows are accompanied with loggia risalits, a bastion like corner turret, and further up, frontispieces interrupted with windows and pinnacles. The sculptural facade elements leaning on each other are indeed arranged by the horizontal and vertical sections alternating in an irregular rhythm on the facade. Embraced by the large forms, we can find bizarre masks, owl eyes, finely laced and geometric plaster ornaments created in a grotesque style. The masterly executed gate with its iron hinge and wrought iron bars is especially marvellous.

Its original, paprika mill function was altered during the construction, and finally, it was put to use as a residential real estate. In 1941, an emergency shelter, in 1950-1951, a cooperative shoe workshop was located in it. Later, the Central Library of the Szent-Györgyi Albert Medical University, and then the Dean’s Office were moved into the villa. The building with its spectacular facade formation, peculiar formal solutions, reflecting the Art Nouveau style and taste. In 2008, a memorial room dedicated to the life of Albert Szent-Györgyi was established in the building.